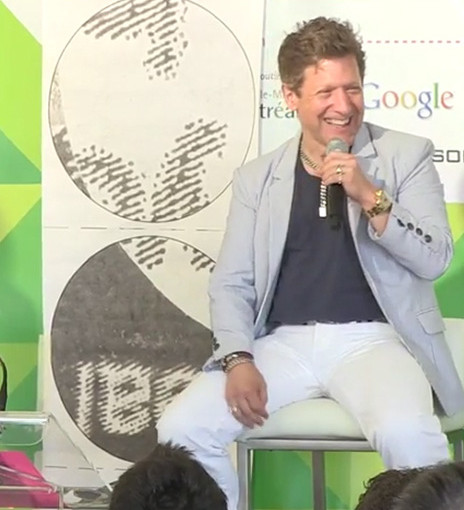 The Spark and the Fire: How Creators Think

Founders see the world as it should be rather than as it is. They find the unseen angle to get attention. They uncover the unexpected, reveal what’s obvious in hindsight. This is at first a creative process, later honed through iteration and analysis. At its core, there’s a spare.

This session is a series of short, back-to-back discussions between an artist, an organizer, a filmmaker, and a founder. Taking turns as both interviewer and subject, they’ll explore what it means to create, and the strange bedfellows of imagination and industry.

Filmed at the International Startup Festival 2013 in Montréal
startupfest.local
@startupfest

Produced by: Rachel and Michel
www.racheletmichel.com