Where are they now?

We often get asked what successes are coming out of Startupfest. Truth be told, it’s one of our favourite topics. The last few years have been great for startups that have participated in the event, some of which walk away with prizes and others that walk away with valuable knowledge and connections. In the six months since Startupfest (and considering that a couple of months is a lifetime in the startup world) prize winners are already making waves enough to warrant a “where are they now” post! We asked Sharethebus, Blynk, Revols and Hykso to tell us what they’ve been up to and to give us insight on who in the startup ecosystem helped them get to where they are today. Let’s open up the trophy case… 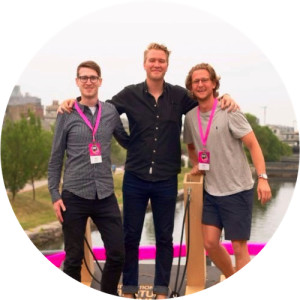 Six months after winning the $100k investment prize at Startupfest, Sharethebus has gone on to raise over $700K and gain acceptance into Y-Combinator.

The team at Sharethebus are cruising along – more money, more support and many more customers. In only 12 months of operations, Sharethebus has moved over 50,000 people across 1,000 bus trips, and served more than 200 North American cities, maintaining a 20% month-over-month growth.

When asked who helped them get to where they are they said that all of their investors and, of course, FounderFuel and Startupfest, have helped accelerate their growth. 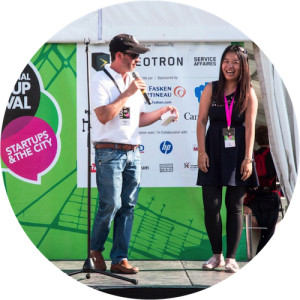 18 months after winning Startupfest’s $100k investment prize, Toronto based startup Blynk was officially acquired by Kik, a Canadian unicorn. The personal stylist app will bring the swipe based experience into the chat experience with BlynkStyle, a new chat bot on Kik.

By leveraging Kik’s resources and reach of over 250M users, co-founder Jaclyn Ling says, “we will be able to realize our initial vision – to make fashion stylists accessible to the masses.” The startup of four will work alongside Kik to grow BlynkStyle.

She shares that their original goal with Blynk was to learn the entire cycle of a startup as quickly as possible for the benefit of future endeavours. Based on how things have gone with their first startup, the team is very pleased and says that “the lessons learnt will be massively valuable for the seconds and thirds”.

Programs and organizations like the Next 36 program, Startupfest, and the Plug and Play Retail Incubator in San Francisco, brought about major sources of funding. Without the organizations, Ling states, “we wouldn’t have been able to expand our team or extend our burn rate to get us to the acquisition.”

In terms of what got her to this point, Ling attributes her success to learning to say no, being tougher, keeping focused and trusting her gut. The key though, in her opinion, is “the ability to pick out good people — whether it is employees, partners or investors”. 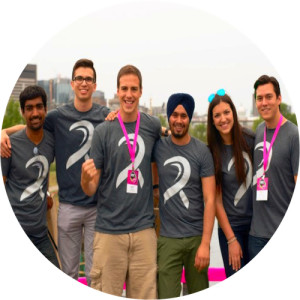 Revols – Raised over $2M on Kickstarter

Not to brag about the Grandmothers’ amazing track record (…again), but they really do keep picking winners. Runner-up for the $100K investment prize and winner of the Grandmother Choice Award, Revols reached their $100K crowdfunding goal on Kickstarter in just 7 hours and went on to raise over $2M total. If that wasn’t enough, the two-year-old startup was also accepted into the largest hardware accelerator, HAX, in Shenzhen, China.

Revols makes bluetooth earphones with tips that mold to your ears in 60 seconds. They’ve been working in Shenzhen for the past four months optimizing the product and getting ready for manufacturing. Their plan and main focus after the amazing success on Kickstarter is working with their manufacturers to ship the products to their supporters on time.

Co-founder Daniel Blumer says that in terms of timeline, the team is “surprisingly” right where they hoped they’d be. He says the path was not identical to what they had imagined. For example, moving to China for 111 days, but overall they’ve exceeded their own expectations.

When asked who helped them get to where they are now, they answered, “no joke, the Startupfest is one of the top!” Daniel goes on to say that through all the media exposure, connections with investors and making runner-up for the $100K prize, they created a lot of credibility that helped them finalize their first round of funding. The other rungs on their ladder to success: Katherine Korakakis and Pro Montreal Entrepreneurs with an “awesome loan,” the District 3 Incubator, Fondation Montreal Inc., Dev St Laurent and the Concours Quebecois.

When asked about the single most important thing they did to get to this point, the answer was resounding: “network, network, network!” While hesitant and shy at first, they found it was an essential ingredient to their success thus far, stating, “you never know what opportunities will come out of it.” 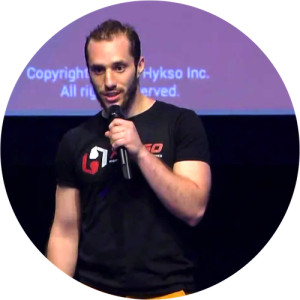 Since their Startupfest win, Hykso has raised $120K and gained acceptance into Y Combinator‘s winter 2016 cohort. Khalil Zahar, Founder and CEO, admits that things are going “way, way, way, faster” than expected for the startup founded in July of 2013. He attributes their success to a few simple lessons – taking valuable feedback to heart and staying open to opportunity. These lessons were critical – saving the team from what Zahar dubs “10 years of stupid mistakes.”

If the above accomplishments weren’t enough, Hykso has also received a Montreal Inc. Laureate, beating out over 400 applicants and recently launched a pre-order campaign for their product. Better yet, they are now working exclusively with some of the most elite fighters in the world, including Canadian and 2015 Pan American Games champion, Caroline Veyre and WBA World Champion, Javier Fortuna.

As for people who have helped them get to where they are, the team credits Sergio Escobar, LP Maurice and Founder Institute Montreal.

We often get short and sweet messages from startups updating us on what they’ve been up to since Startupfest. If you have a story you’d like to share we’d love to hear all about it. Send an email to the Startupfest team here.