A group of 10 angel investors have come together to create a $100k Investment prize, in the form of a convertible note. You’ve got until end of day Thursday to impress one of these judges- identified by a blue lanyard or found in their tent- if you’re shortlisted, you’ll be contacted Thursday evening and invited to a private breakfast Friday morning. Winner will be announced onstage Friday afternoon!

Sophie has more than 20 years of experience in the high-tech venture capital industry. She has been Brightspark’s managing partner since 2003. Prior to joining Brightspark, she was a partner at CDP Capital Technology Ventures She has led or overseen more than 50 investments in technology companies in Canada and abroad over the past 15 to 20 years. Sophie played a pivotal role in the investment, growth and exit of Radian6, one of the most successful technology exits in Canadian history. She is a member of the Women in Technology Advisory Board for YES Canada. She also sits on the Board of Directors of a number of companies, including Protecode, Hopper, eXludus, Jewlr, Jazinga and others. 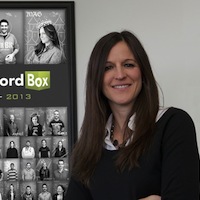 A graduate of Toronto’s York University, Magaly Charbonneau is a seasoned entrepreneur who has worked in both mature and emerging industries. From 1991 to 1999 she was owner and President of MD International in Toronto. Following the successful sale of the company, she invested in an emerging start up and joined the team at Hostopia.com. Hostopia is a leading provider of white label web solutions to the Telecom industry. Hostopia was acquired for $124 million in 2008 by Deluxe Corporation(DLX). In 2010, Magaly invested in Anomalous Networks, where she was a board member until its successful acquisition by Tangoe (TNGO) in 2012. Magaly was COO and investor at PasswordBox from January 2012 until Intel Corporation acquired them in 2014. She now works for Intel Corporation and continues to invest in brilliant entrepreneurs. 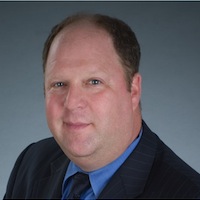 Jesse Kaplan is a partner with Plazacorp Ventures in Toronto, an active venture capital investment and advisory group. He is also an active angel investor in the Canadian market. He previously spent time working in the financial markets in New York City, before seeing the light of day of the venture community in Canada. Mentor at FounderFuel. 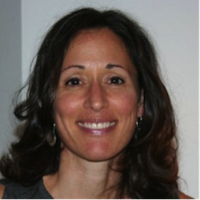 Anna Goodson is the CEO & Founder of Anna Goodson Illustration Agency and MEATMARKET Photography. Anna has spent the last 25 years working with creatives and promoting their work. She’s passionate and innovative and is considered a leader and trend-setter in her field.Having launched her first website back in 1996, Anna has always been interested in technology and is an active member of the Startup community in Montreal as well as a Mentor and Angel Investor. Anna hopes to inspire other young women to follow their dreams of starting a business. She believes that freedom doesn’t have a price tag and that balance is the key to real success and happiness in life. 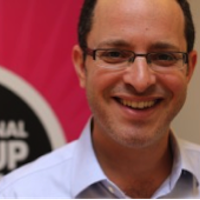 CEO, Wandrian. Mike is a serial entrepreneur, who was recently named a top business visionary in the Inc. 500, and who claims a diverse portfolio of angel investments. He lives for big ideas, loves giving back, and craves adventure. Mike is the founder and driving force of Wandrian, a pioneer in international rail travel and one of the world’s leading travel specialists in Italy, whose global customer base spans 120 countries and includes some of the biggest names in travel—Amadeus, Emirates, Trenitalia. Mike’s first business? The Pink Palace, the legendary international youth hostel in Greece, where it’s still impossible not to have a good time.

Mathew is a Toronto based real estate developer and a creative entreprenuer. Mr. Rosenblatt’s experience includes master planning and revitalizing of the internationally acclaimed Distillery Historic District in Toronto, the Creation of the Toronto Christmas Market, an event that attracts over 500,000 visitors per year. The Toronto Christmas Market is considered by USA today, Mashable and Fodors magazine to be one of the Top 10 Christmas Market in the world. He’s also responsible for the Creation of the Distillery Restaurant Corporation. An award winning hospitality company that now employs over 600 team members Outside of his own businesses, Mr. Rosenblatt also acts as a marketing and business consultant to a number of other Canadian companies.
Jonathan Kolber
MBA in Finance
B.Sc. Actuarial Science
Entrepreuner:
-Own the largest and most awarded English Language School in Canada – started the company in 1997.
-Growth of 15-20% per year over 18 years.President, Executive Director ILAC Voted #1 English Language School in Canada
Jamie O’Hara 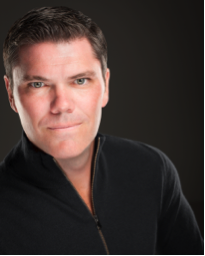 Jamie O’Hara is an active investor in and advisor to early stage companies. Jamie founded Grise Global Groupe in 2010. Among Grise Global’s investment portfolio are a number of Canadian companies including WAVO, OneClass, GuestDriven, ChronoGolf, and LRDLY (the 2013 International StartUp Festival’s prize winning start up company). Jamie has worked closely with the International StartUp Festival’s team and is passionate about the efforts to take the competition internationally including his role as Investor Judge in Tel Aviv, Israel. Prior to founding Grise Global, Jamie sourced and structured direct investments in the Hedge Fund industry.